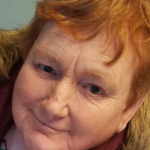 Barbara A. Langert, 69, formerly of Carbondale died Tuesday at the Gardens of Wyoming Valley, Wilkes-Barre. She was preceded in death by two husbands, Merlin Van Orden and Henry Langert.

Born in Carbondale, she was the daughter of the late Joseph A. and Irene A. Hambke McManamon. She attended Benjamin Franklin High School, Carbondale. In her earlier years, Barbara had been employed as a waitress at the Salem Diner, Carbondale.

Barbara enjoyed shopping and eating Chinese food. Her pride and joy were her son and grandson.

She is survived by a son, Leonard Van Orden and campion Charlene Modlesky and grandson, Lucas Van Orden, all of Edwardsville.

She was preceded in death by a brother, Joseph R. McManamon.

A private visitation will be held with interment in East Canaan Cemetery, South Canaan Township.