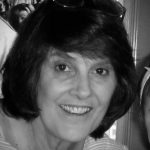 Beverly C. Bilinsky, 69, passed away unexpectedly at home on Tuesday.

She was the widow of Robert K. Bilinsky, who passed in 2018.

Born in N. Little Rock Arkansas, she is the daughter of Verdie Pruitt Stroud, Jacksonville, Ar.. and the late Olen Stroud. Beverly was a graduate of N. Little Rock High School. While her primary calling was to be a homemaker and care for her family she held many part time jobs along the way. For many years she was manager of Curves, Carbondale and most recently a pharmacy associate at Wal-Mart, Dickson City.

Her favorite hobbies were working in her flower beds and crafting, she had an incredible knack for both. She was the definition of a “handywoman” and could fix just about anything, but more than anything she loved spending time with her family, especially her grandchildren.

Her dog Molly was also always at her side. Beverly’s sweet southern accent and warm laugh will be missed by everyone.

She was preceded in death by her son, Brian Wilson, two brothers Jerry and Phillip Stroud and an infant sister Linda.

The funeral service will be Monday at 6:00 PM at the Joseph W. Scotchlas Funeral Home, Inc.

621 Main St., Simpson with the Rev. Jack Munley officiating. Friends may call from 4:00 Pm until the time of service.