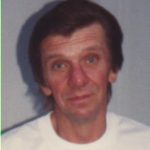 Donald A. Ogozaly, 72 of Forest City and formerly of Simpson died Saturday at Geisinger-CMC from injuries after being struck with an automobile.

Born in Simpson, he was the son of the late John & Stella Shock Ogozaly Sr. He attended Fell High School, Simpson. In his early years, he was employed by Carbondale Toy Manufacturing, then by Easton Wood/ Triangle Pacific Co. and later by Mancuso Construction and retiring from Doyle & Roth, Simpson.

Donny was frequently seen riding his bicycle. He had a love for animals and especially his new pet friends at the William Penn Apartments.  He possessed a unique talent for naming his feline friends as, Goldilocks, Kerosene,  Princeton, Houdini and Tiger.  Donny was himself know by several nicknames through his life as, “Woodpecker” on the C.B. radio, “Sparkle,” “Chico,” “Ogy,”and “Doncho”.

The funeral will be Thursday at 10:00 AM in Ascension Parish/ St. Joseph’s Church, 741 Delaware Street, Forest City.  Interment will be in St. Michael’s Cemetery, Simpson. Friends may call on Wednesday from 4 to 8 Pm at the Joseph W Scotchlas Funeral Home, Inc., 621 Main St., Simpson and Thursday from 9am until mass time at the church.