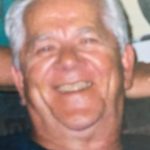 He was born in Simpson, son of the late Wasil & Dora Skurat Dishuk. He was a graduate of Fell High School, Simpson.  Bill served in the Coast Guard during the Korean War. Bill later attended Wagner College in New York, Rutgers University, NJ and Loyola Medical School, Chicago.

Bill was an attending physician at St. Joseph’s Hospital, Chicago and was a member of the Chicago Medical Society and the American Medical Society. He was also a clinical instructor for Loyola Medical School.

He enjoyed traveling and visited many European countries. Bill was an extremely dedicated Disabled American Veteran volunteer, serving with both the Carbondale DAV and at the VA medical center, Wilkes-Barre.

He is survived by two children Denise and Billy and several nieces and nephews.

He was preceded in death by four brothers, John, Metro, Peter and Michael and a sister Maria.

The funeral will be Saturday from the Joseph W Scotchlas Funeral Home, Inc 621 Main St., Simpson with Divine Liturgy at 10:00 AM in S.S. Peter & Paul Greek Catholic Church, Rittenhouse St, Simpson by the Rev. Myron Myronyuk. Interment will be with military honors in SS. Peter & Paul Cemetery.

There will be a family visitation at the funeral home from 9:00 Am until 9:30 Am.