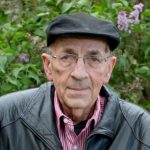 Harry J. “Bart” Buranich, 75, of Scott Township died Friday. His wife is the former, Betty Jean Willis.  The couple had been married for 50 years.

Born in Peckville, he was the son of the late Bogdon and Florence Oakley Buranich.  He was a graduate of Lakeland School District and Johnson Technical School.  Bart served for six years in the Army National Guard.  He owned and operated Bart’s Auto Sales in Scott Township for 50 years.

He was a sponsor of dirt track race cars at Moc-A-Tek Raceway and set a racing record with his Harley at Pocono Raceway.  Bart was an avid Harley rider and enjoyed snowmobiles and working in his garage.  He also completely restored a 1934 Ford Coupe. His other favorite pastime was watching the Yankee’s, he even enjoyed watching reruns of past games.

He was a loving husband, father, and grandfather who will be deeply missed.

He was preceded in death by a son, Kevin.

A private memorial service will be held at the convenience of the family.