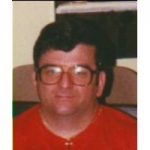 James T. Kennedy, 60, formerly of Waymart died Tuesday at Regional Hospital of Scranton. His wife is the former Coleen Lynch. The couple had been married for 32 years in August
Born in Waymart, he was the son of the late Cecil C. & Julia Mozeliak Kennedy. He was raised in Waymart and graduated from Waymart High School.
Jim was a member of St. Mary’s Church, Waymart. He enjoyed spending time with his family.
He is also survived by a son Robert, Carbondale; four brothers Daniel Kennedy, Honesdale, Cecil Kennedy Jr, Hamlin, Paul & Bernard Kennedy both of Honesdale, three sisters Ann Barrese, Mayfield, Julia Dexheimer, Lake Ariel and Mary Frankovsky, Carbondale, nieces and nephews.
He was preceded in death by two brothers Frank & John Homets.
The funeral will be Saturday from the Joseph W Scotchlas Funeral Home, Inc 621 Main St., Simpson with Mass of Christian Burial at 12:00 Pm (noon) in St. Mary’s Church, Carbondale Road, Waymart by the Rev. Joseph S. Sitko, Pastor. Friends may call Saturday from 9:30 Am until 11:30 AM.
Memorial contributions may be made to the American Cancer Society or The Alzheimer’s Association of NEPA, 63 N. Franklin St., Wilkes-Barre. For directions or condolences visit: www.scotchlasfuneralhome.com