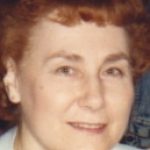 Born in Simpson, she was the daughter of the late Stanley and Jennie Yavorosky Kindelski. She was a graduate of Fell High School, Simpson and St. Joseph’s School of Nursing, Carbondale. Janet had been employed for 40 years and a nurse and nursing supervisor for Carbondale General and St. Joseph’s Hospitals, Carbondale. She had also assisted families in the area as a private duty nurse.

Janet was a member of St. Michael’s Church/ St. Rose Parish, Simpson. She was actively involved for many years in the annual church block parties. Many memories were made at the family cottage they owned at Lake Como. Her great grandson cherishes the memory of baking cookies with her. Janet also enjoyed the Polka’s and dancing.

The family would like to thank the staff at the Forest City Nursing Center for their kind and compassionate care of Janet.

She was preceded in death by a son, John and a sister Stella Jazwinski.

Private graveside services will be conducted at St. Michael’s Cemetery, Simpson. A Memorial mass will be held at a later date. Arrangements are by the Joseph W Scotchlas Funeral Home, Inc., Simpson.