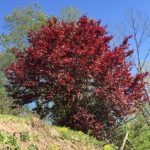 Joseph E. Malia, 82, of Greenfield Township died Friday at home. His wife of 58 years is the former Kathleen M. Hess.

Born in Carbondale , he was the son of the late John and Julia Pelak Malia. He was educated in the Carbondale Public Schools. Joseph was a truck driver and had worked for Gillen Coal Co. and later was employed by Gentex Corp., where he retired.  He had attended St. Rose Church, Carbondale.

He was a loving husband, father and grandfather who will be missed. Joe enjoyed having animals in his life.

Joe was preceded in death by a brother, John Malia and a sister, Julia Wojtkunski.