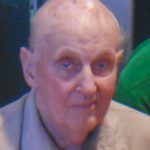 Joseph Peter Lehutsky, 83, of Waymart passed into the Arms of Jesus on Tuesday evening. He is survived by his wife, Marion, with whom he spent 60 years of marriage. April 15th would have marked the couple’s anniversary.

Joe was born on January 4, 1938, in Simpson. He is the son of the late Joseph Lehutsky and Sophie Czurepuska-Lehutsky. A 1955 graduate of Fell Township high School, Simpson, Joe or “Putt-Putt”, as he was known, joined the Army. He served as a medical corpsman with the Seventh Army in Germany, earning an honorable discharge. Joe also served in the Pennsylvania National Guard.

Joe was a member of the American Legion Post #221, Carbondale and took special pride in serving as a member of the V.F.W. Post #4712, Simpson Honor Guard Unit.  He was also a member of St. Mary’s Roman Catholic Church, Waymart, the St. Mary’s Holy Name Society and the Eucharistic Adoration Chapel of St. John the Evangelist Parish, Honesdale. Joe possessed a strong faith in God which serves him now as it did in life.

He was preceded in death by two sisters, Rita Lehutsky and Stella Lehutsky-White.

The funeral will be Saturday with Mass of Christian Burial at 11:00 AM in St. Mary’s Church, 242 Carbondale Road, Waymart to be celebrated by the Rev. Joseph Sitko. Interment with military honors will follow in Canaan Corners Cemetery, Waymart.