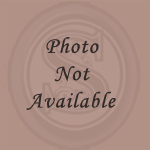 Judge Dorothy A. Robinson, 79, of Marietta, GA died after a short illness. Her husband is Judge Hugh Robinson.

Born in Brooklyn, NY, she was the daughter of the late George and Mary Kutch Staudt. Judge Robinson retired in 2012 after serving 40 years as a Cobb County Superior Court Judge. Judge Robinson was the first woman ever elected to that position.

She is also survived by two brothers, Donald Staudt and George Staudt and several cousins.