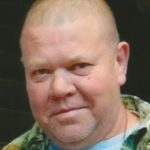 Mark A. Barney, 52, of Simpson died Thursday in Newark, NJ. His wife is the former Carla “Chooch” Emmett. The couple had been married for 21years.

Born in Carbondale, he was the son of the late Kermit and Helen Mark Barney. He was a graduate of Carbondale Area High School. He was employed by Palma, Inc. of Bloomfield, NJ and a member of the Brick Layers Union #780

He was a member of Ripple Creek Lodge and Buck Heads hunting camps, the Whites Crossing Fire Department, the Grattan Singer Hose Co., a Fourth Degree member of the Knights of Columbus and a social member of V.F. W. Post #4712, Simpson.

Although he had many colorful names, family and friends always referred to him as “Mark Barney,” never just “Mark.” Whether you were fond of his presence or not, you knew who Mark Barney was, and if you didn’t, he definitely made it known. Mark Barney worked hard, but partied harder. He was never seen without his camo attire accompanied by epoxy-stained jeans with a can of Bud Light in one hand and a shot of Three Olives Grape in the other.

He was a bar-room athlete and only the most seasoned of drinkers could keep up with him. He was best known for running Mark’s Café for over 15 years and became Simpson’s favorite when it came to “the wing sauce recipe,” which won Wings over Montage two years in a row. He was a pit master with his partner, Kevin Rizner, in K&M Catering. They cooked a mouthwatering chicken BBQ and pig roast, while also developing a passion for making homemade soppressata, kielbasa, and smoked cheese.

When Mark Barney wasn’t busy making delicious food, he was found outdoors. He was an avid sportsman who made sure to never miss hunting or fishing season and was hopelessly devoted to each of his hunting camps.

Even though he was famously known for his comical arguments with his wife, “Chooch,” he was always generous with his friends and family. His big heart and willingness to help people will never be forgotten. He provided for his wife and took his nephew under his wing, but most of all, he adored his daughter, Brittany, and spoke very highly about how proud he was of his “Baby.”

He often told his wife, “Chooch, I am’s what I am’s and I’m gonna be’s what I be’s.” That was the truth. He lived life by his own rules and made the most out of his experiences. Mark Barney was one of a kind, a dear friend to all, and will always be remembered. He may have raised his Bud Light high, but he will only fly higher. Ooohraa!

A Blessing Service will be conducted on Friday at 7:00 Pm in the Joseph W Scotchlas Funeral Home, Inc. 621 Main St., Simpson. Following the service friends are invited to the Grattan Singer Hose Company to be with the family in the true, “Mark Barney Way”.  Friends may call Friday from 4 to 7 PM

In lieu of flowers, gifts will be accepted toward Brittany’s graduate school.