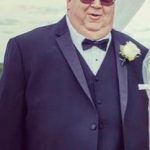 Michael Francis Bucci passed away peacefully on February 9, 2021 at the age of 62.

Michael is survived by his wife and the love of his life, Cynthia Bucci, his daughter Mary Bucci Parsons and his son-in-law Adam Parsons. He was preceded in death by his parents, Carmen and John, his brothers, John and Steven and his stepfather, Charles.

Michael was born on July 3, 1958 in Brooklyn, New York to John Michael Bucci and Carmen Cruz Saar. He graduated from Western Wayne High School in 1976 and Mercy Hospital School of Nursing, Scranton. Michael went on to pursue careers in nursing and law enforcement until moving into security operations. He spent over thirty years working in the security field and was well known by his colleagues for being a notoriously dedicated worker and taking pride in his career. He served as chairman of the American Society for Industrial Security until his passing after being elected overwhelmingly by a committee of his peers.

Michael was an avid fan of firearms and regularly practiced at local shooting ranges. He enjoyed following politics and national news and was always eager to discuss the latest developments with anyone who would listen. He was a lover of animals and rescued many different pets over the course of his life. He was known to those who loved him as someone who would always go above and beyond for the people that he cared about, which was reflected in his being a founding member of the John Bucci Foundation, established in 2020 to honor the legacy of his brother.

Michael was a great friend who would drop everything to help someone he loved. He cherished his family. He woke up early every Sunday to get flowers for his wife, Cynthia. He always made time in his day, despite his schedule, to talk to his daughter. He valued his time with his family and made every effort to make those moments meaningful. He gave wonderful advice and always made them laugh.

The family would like to thank the staff at Geisinger Community Medical Center and Wayne Memorial Hospital, as well as their friends and family who have provided support and comfort during this time. In lieu of flowers, donations can be made to the John Bucci Foundation (46 Plum Ave, Carbondale, PA 18407).

A mass of Christian Burial will be celebrated Saturday at 9:30 AM in St. Rose of Lima Church, 6 North Church Street, Carbondale. All are welcome to celebrate Michael’s Life.  Masks and Social Distancing rules will be observed.

A visitation will be held Friday from 6-9 PM at the Joseph W Scotchlas Funeral Home, Inc. 621 Main St., Simpson.