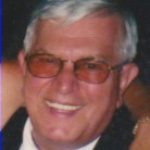 Born in Forest City, he was the son of the late John and Victoria Sapudar Wilczynski. He was a graduate of Forest City High School and served in the Army. Phil had been employed by Weston and later Jerry’s Sports Center.

Phil was a member of Ascension Parish, Forest City.

He is survived by six siblings, John Wilczynski, Raymond and David Femc, Sylvia Cobb and Romayne Saflicki, nieces and nephews , Alberta Regal, his companion for many years and her children’s families, the Regal’s  Cominsky’s,  Delfino’s and Wilcha’s and Thomas Janezic, his lifelong friend.