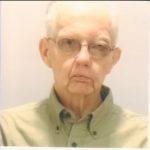 Richard Howard Wagner, 75, of Simpson passed away at home Sunday morning. Born and raised in New York City, he was the only child of Estelle Katherine Parker, of Glen Cove, NY and William â€śHarryâ€ť Wagner of New York City.

Graduating from the University of Tampa, he worked for various container importers among them Toyomenko US. He worked for Pearl Brewing, San Antonio, TX and most recently for Crossmark Inc., Plano TX, as a local merchandiser of retail products.

Richard leaves behind many close friends from the Barryville, NY â€“Shohola, PA areas where he and his parents spent many summers overlooking the Delaware River and the Erie Railroad.

He resided with his long-time companion Priscilla Poelman, of Simpson. A private service will be held at Montoza Cemetery, Barryville, NY.

Preceding him in death are his parents and two uncles Alvin and Eddy Parker, with whom Richard travelled to obscure locations.

Richard loved the care he received from the Wayne County Hospice caregivers at Wayne Memorial Hospital.