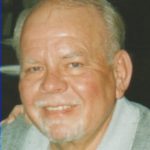 Robert “Bob” L. Bronson, 77, of Carbondale passed away peacefully at home with his wife Joan Viney Bronson at his side. The couple would have been married 60 years on November 11th.

Bob was born in Buffalo, NY., son of the late Burton and Bertha Bronson. He was raised in Carbondale and was a graduate of Benjamin Franklin High School. He was a member of the Carbondale First United Methodist Church. Bob was employed by Hendrick Manufacturing, Carbondale and was also a self-employed plumbing, heating and electrical contractor for over 45 years.  He later drove school bus in the Lakeland District for Vlad and David Schlasta.

Bob enjoyed traveling throughout the United States with his wife Joan on their Gold Wing Motorcycle with friends.  Bob was an outdoors man who enjoyed hunting, fishing, target shoot and camping with friends and family.  He could also enjoy a good glass of wine at the Moxie Club.

He was preceded in death by a son, Richard M. Bronson, 2010, a sister, Betty Potter and three brothers, Burton Robert, Donald and Darwyn.

A private visitation and service by the Rev. Donald Perry will be held from the Oliver Shifler & Scotchlas Funeral Home, Inc., Carbondale. Cremation will follow.
for condolences visit: www.shiflerfuneralhome.com