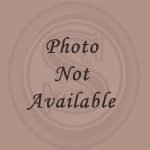 Born in New York City, he was the son of the late Kurt and Berta Steinfeldt Markowski. He graduated New York Schools. Robert had been employed as a freight yard trainman for the M.T.A. of New York. He also painted.

He is survived by a cousin, Anita Doland.

Robert was preceded in death by two children, Richard and Deborah Markowski.

Robert will be buried alongside his wife in Union Cemetery, Newport, TN.