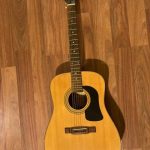 Theodore Wengrin , Sr. 78 of Simpson died Monday at Allied Service Hospice,  Scranton.  His wife, the former Jean R Viney died in December 2019.  The couple had been married for 56 years.

Born in Simpson he was the son of the late Michael and Mary kolcun Wengrin,  he was a graduate of Fell High School Simpson.  Ted was employed as a supervisor for a  psychiatric ward at Farview State Hospital, Waymart  where he retired. Ted took extreme pride in his job

Ted was a very talented as a child. He mastered the art of Russian Cossack dancing with partner Olga which they performed at many venues. He also played guitar in a teenage band and through the years he could always be found polishing his car with great care

The family would like to thank Father David Hritcko, his nephew Deacon Michael Wengrin and the staff of Allied Service home care and Allied Hospice for their care and compassion given to Ted

He was preceded in death by four brothers Michael,  John,  Nicholas and Stephen two sisters Elizabeth Gerek and Dorothy Patuk and a son-in-law Richard Ruggiero

Private family services will be conducted at a later date, Arrangements are made by Joseph W. Scotchlas Funeral Home, Inc., Simpson.