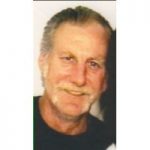 Michael F. Lloyd, 69, passed away peacefully Tuesday, October 28th , after a courageous battle with cancer and his loving wife, Sharon I. (Gelatt) Lloyd by his side.
He was born October 1, 1945, in Philadelphia; the son of Frances Lloyd Garton and James D. Garton. Michael served in the Army and was employed by the Philadelphia Zoo. In 1980, he moved to Honesdale and was employed by Tanglewood Ski Resort & Marina and the Wayne County Fair. He was a volunteer fireman with Texas #4 Fire Co., Honesdale and was of the Catholic faith.
Michael’s family would like to thank the residents, nurses and entire staff of the Julia Ribaudo Nursing Center for their friendship and care they showed Michael while he was a resident. He truly benefited from their care and companionship while fighting his courageous battle.
Michael is also survived by a daughter April Lloyd, Upper Darby, Three sons, Donald (Don) Enslin and wife Kerri and their children Lily and Derek, Fieldsboro, N.J.; James (Jimmy) Lloyd and his two sons, Gabriel (Gabe) and Oliver (Ollie) and Anthony Lloyd and son Arkin Allen, all of Carbondale. A brother Marriet (Moe) Garton, Honesdale and a sister Veronica (Ronnie) Garton, Philadelphia, nieces and nephews and his pet companions Katie & Sylar.
He was preceded in death by three brothers, Bill, James and Earl and a sister Rosemary.
A Celebration of Michael’s Life will be held on Saturday, November 15th, from 5 to 8 PM at 1824 Easton Turnpike, Varden, Lake Ariel, PA. 18436 the home of Sherry & William Spencer and Sharon Lloyd. 570-937-3018.